Myth 1: You’ll lose everything you own

Many people believe filing for bankruptcy means losing your house, car and any other assets you may have. In fact, you’re generally likely to keep a lot if not all of your possessions. The majority of Chapter 7 cases are no-asset cases, meaning the debtor gives up no possessions. That is because once can usually protect basic assets and retirement investments with exemption. Often times property that isn’t covered under exemptions such as clothing and old furniture, the Trustee and creditors likely don’t want them because they yield no true value.

Myth 2: All of your debts will be erased

Both Chapter 7 and 13 will provide you relief from most forms of debt, but there are some exceptions. As a general rule of thumb, in bankruptcy cases you cannot discharge, or have forgiven, debts that you are deemed personally or morally responsible for; including recent tax debts, student loans, child or alimony support and debts that are a result of fraud you have committed.

Myth 3: Paying off your debts is always better than bankruptcy 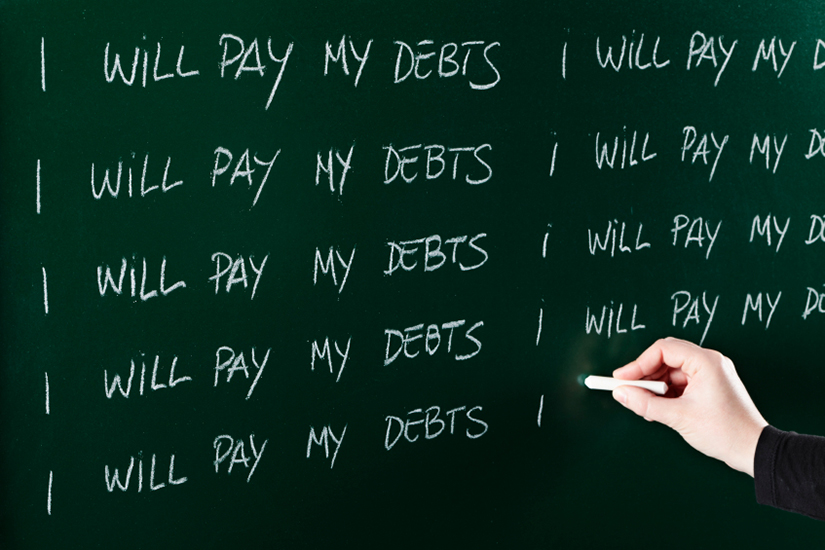 Filing for bankruptcy is one of the most serious financial decisions you can make, but that doesn’t mean it’s a bad idea. The negative financial effects that come with filing bankruptcy, are usually outweighed by relief of stress and getting this problem solved and letting you have a fresh start. If your bills are more than 45% of your annual income and you see no way to pay them off within five years, bankruptcy is like
ly your best option.

Myth 4: Filing for bankruptcy is Embarrassing and Means I’m Irresponsible

Many people believe that bankruptcy means you are irresponsible, embarrassing and taking advantage of the system. However, given that over the past decade the cost of medical deductibles has grown seven times faster than wages have risen, and that basic necessities such as od and beverage prices are increasing by 37%, many bankruptcies are likely the result of stationary low wages rather than poor financial management. Bankruptcy is actually an acknowledgment and taking on responsibility of the debts that you owe, and starting a fresh financial path.

Myth 5: Bankruptcy will ruin any chance I may have of buying a house or building credit

While you will have limited access to new credit cards and may have to pay higher interest rates for the first 3 to 5 years after a bankruptcy, you can still build credit. In fact, for most people, your credit score is actually likely to improve after you file for bankruptcy.

A report from the Equifax, showed that those who filed for Chapter 7 bankruptcy in 2010 had an average credit score of 538.2 on Equifax’s scale of 280 to 850. But the average score jumped to 620 by the time those bankruptcies were finalized, about six to eight months later.